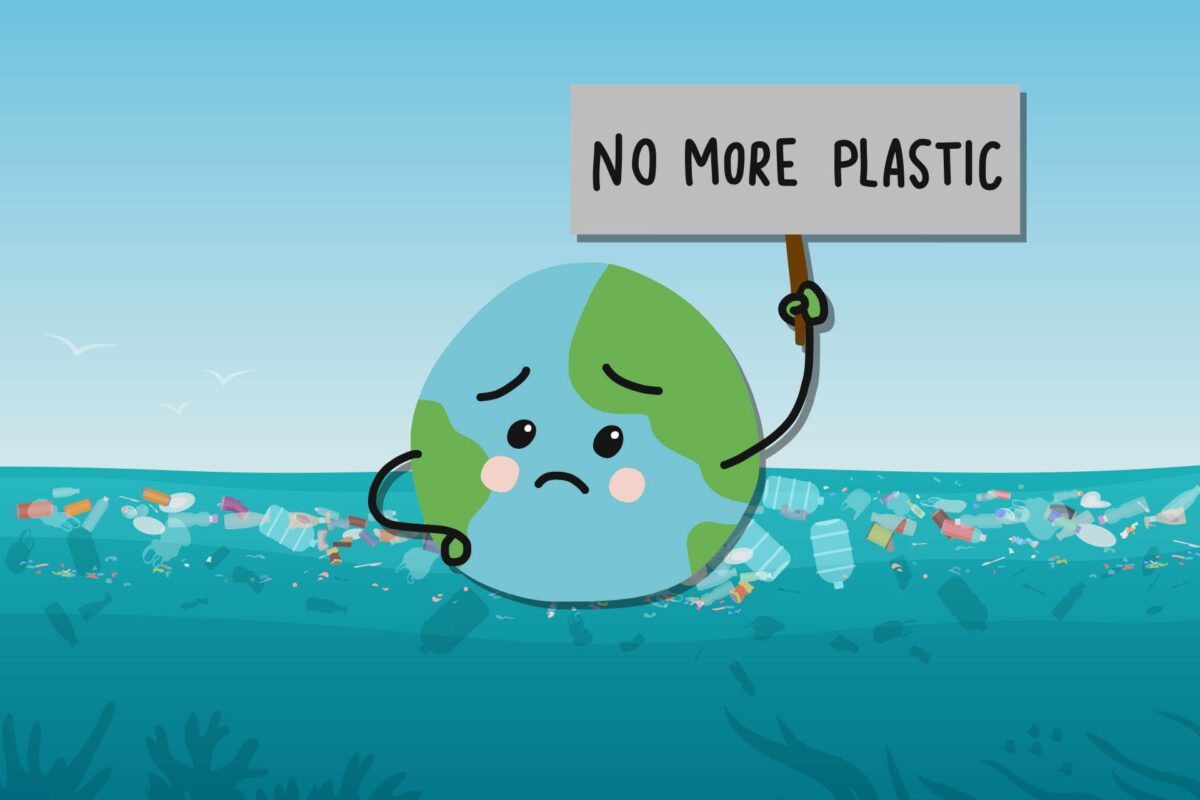 Synopsis: First discovered in 1905, plastic is one of our most useful and versatile materials but far too much plastic rubbish ends up in our oceans every year.  Plastic pollution threatens food safety, human health, costal tourism and contributes to climate change.  This article by Nina Simon from SLS Redbridge explores its history, the uses of plastic and the problems plastic causes today. Finally, it offers pointers about what your class can do together to reduce plastic waste and protect our planet.

Plastic starts off as an engineering marvel. It was Leo Baekeland, a Belgian industrial chemist (1863 – 1944) who made the first completely human-made plastic in 1905 in a lab in New York. Called Bakelite, it is a condensation product of formaldehyde and phenol that is produced at high temperature and pressure and does not soften when heated.

Plastic is ideally suited for a variety of applications, including packaging, construction, clothes, our homes, vehicles and electronics because it is cheap, lightweight, versatile and strong. You can encourage your students to explore all the plastic used in the classroom, their homes and local environment. A fun challenge would be to see who can list the most plastic items in their home.

What can be done?

To discover more about the huge challenge of cleaning up the planet, our homes and classroom use books such as:

Are Plastics the Problem by Sharon Parsons

The Story Behind Plastic by Christin Ditchfield

A Planet Full of Plastic by Neal Layton

Somebody Swallowed Stanley by Sarah Roberts

Be Plastic Clever by Ella Meek

The Problem with Plastic by Ruth Owen