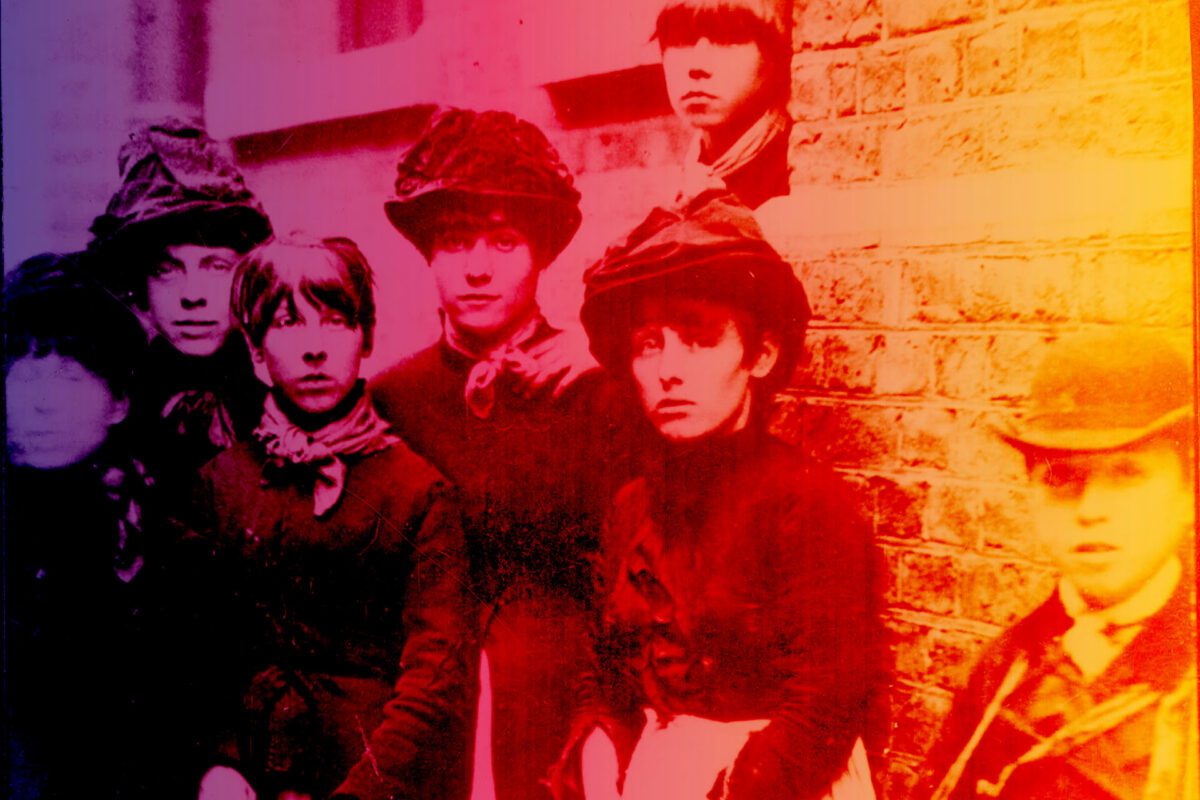 Synopsis: This is a local history study which looks at the tough lives and dangerous work of the Match Girls of Bow and how they changed working conditions for themselves and for unskilled workers everywhere writes Gillian Harris from SLS Tower Hamlets

The Match Girls were workers at the Victorian Bryant and May factory in Fairfield Road, Bow in East London. This is close to many primary schools in Tower Hamlets and learning about what happened there in the past make Victorian history come alive for local children.

It’s especially relevant for the pupils of Tower Hamlets as this was an event that happened on their doorstep. It’s also about what life was like in Victorian London for women and girls who had to fight against very low wages, an insanitary workplace and a reprehensible fines system.  We show how the workers learnt to campaign, even meeting MPs in the House of Commons to make their voices heard, and how they had to overcome the dangers of phossy jaw, an appalling disease in the match making industry. We look at the legacy of the strike and how it links with global human rights issues today such as the sweat shops and modern day slave industries in the UK and abroad. We also see how people can organize and effect change.

What facts will your pupils learn?

Pupils will learn about the lives of the women and girls, and many of them were not much older than the children themselves.

For example, before the 1888 strike the workers had to work up to 14 hours a day for low pay under a strict system. They were paid according to how many matches they made, a system called piece rate, so they were encouraged to work fast. They were fined for many minor reasons such as having an untidy workbench, being late, talking and even for dropping matches. Many workers did not take home their full pay because of the fines that were taken out of their wages. Some even had to pay for their own glue and brushes.

On top of all that, working conditions were dangerous to their health. The workers had nowhere clean to eat their meals and nowhere to wash their hands. They had to handle a dangerous chemical called white phosphorous to make the matches, and this could give the workers a nasty disease called phossy jaw, which disfigured their faces.

What’s so special about the match making industry?

Matches, or ‘friction lights’ were invented in 1825 by John Walker. They were necessary in Victorian times because there was no electricity in people’s homes, so matches were used to light candles, gas lamps and get coal fires going. There were different kinds of matches: the ones made with white phosphorous could be struck on any surface to get a light. Match factories later on developed safety matches which could only be lit by being striked on the side of the matchbox.

How did the Match Girls win?

After less than 2 weeks, having gained huge public support from the publicity in the papers, which led to a lot of criticism of the Bryant and May factory, the owners were forced to improve the conditions for the workers. The fines system was stopped and the workers no longer had to pay for their own materials. The workers were given a separate room for their meals so that there was less contact with white phosphorous. However, it wasn’t against the law to use white phosphorus until the end of 1910, some 22 years later.

Following the Strike, the Match Girls were encouraged to form a Union, to help solve any future problems in the factory.

Why was this an important strike?

Women and girl workers were seen as weaker than men and the factory owners thought they could pay them less money and force them to put up with bad conditions. The Match Girls were brave and determined and wanted to improve their way of working. They needed their wages to feed themselves and their families, just as men workers did too. They showed they had a just cause by speaking to MPs in Parliament and persuading lots of people to support them in getting better working conditions. Their example encouraged other workers, such as the Dockers in 1889, to seek better conditions.

Today in many different parts of the world people are forced to work in terrible conditions with very low pay because of poverty. The Universal Declaration of Human Rights, Article 23, says

“We all have the right to employment, to be free to choose our work, and to be paid a fair salary that allows us to live and support our family. Everyone who does the same work should have the right to equal pay, without discrimination. We have the right to come together and form trade union groups to defend our interests as workers.”

People such as the Match Girls worked hard to earn these rights and theirs was an important victory.

The learning materials for borrowing:

How can I use the learning materials?

Research:
Pupils use the books to research the history and the legacy of the strike.

Inspire:
Dress or display the costume of a factory worker, act out in character a day in her life.

Create:
Make a Victorian living room in a classroom corner using the artefacts typical of a Victorian home and showing all the reasons why matches were so important in daily life.

Exhibit:
Use the Victorian photo pack images and pupils’ work to tell the story of the strike.

Book a session with Tower Hamlets Local History Library and Archives to look at original documents including census details of the match girls.

Schools Library Service has partnered with the charitable company, The Match Girls Memorial and can enable your schools to contact them and even meet with a descendant of Sarah Chapman, match girl and an important figure in the strike.