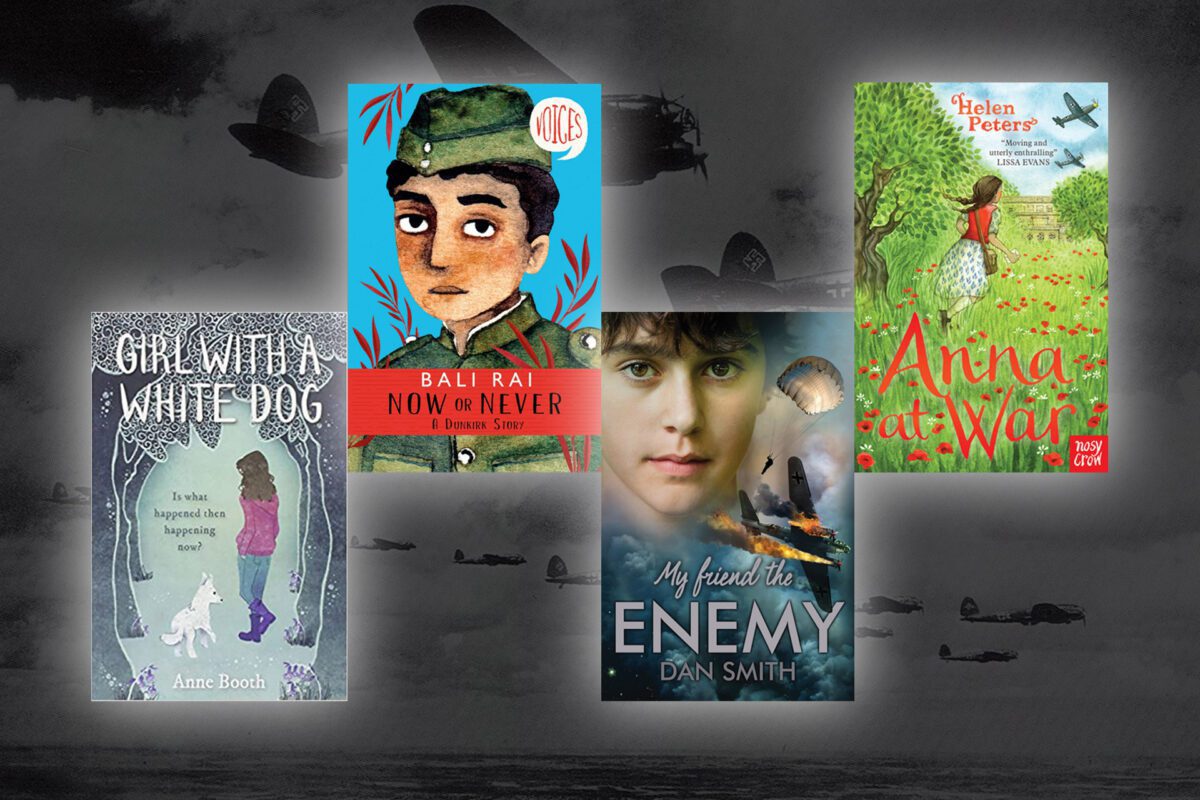 Confession: I am an Anglo-German. Writing about World War Two (WW2) literature I feel I should clarify this! Without going into too much detail I am one of the lucky Anglo-Germans in that I know for a fact that my family were categorically not Nazi supporters even so I still get funny looks in this country if I mention my family is German.

I grew up blissfully unaware of how society would judge me and my family until my GCSE and A Levels, when the war-heavy curriculum made it clear that my family undoubtedly must be evil. As a result, I have spent years avoiding books set during WW2.

Happily, children’s literature has moved on somewhat. There are the perennial favourites which are read and re-read for a reason: When Hitler Stole Pink Rabbit by Judith Kerr is still a must read and an eye-opener, as is Once by Morris Gleitzman, which does not shy away from the utter horror the Nazis brought to Poland and the Jews living there. Anne Frank’s Diary is also an absolute staple and should rightfully be on every reading list.

But it’s also worth exploring newer titles, listed below, particularly because they are exploring WW2 with thoughtfulness that I wish had been available when I was younger. Let’s be clear, these books do not let Nazi Germany off the hook, nor do they obfuscate or whitewash what happened – there are no poor, misunderstood Nazis in these titles. However, what they do have is a breadth of experience and nuance to them that I believe does this incredibly broad and complicated period of history justice. These newer titles, combined with the perennials mentioned above,  will encourage a lot of deeper and considered thinking in students, as well as an appreciation for the sacrifices made and an acknowledgement of the things that happened. I happily recommend them to my teachers and I think that, coming from a supremely jaundiced reader, speaks volumes as to their worth.

My Friend the Enemy
by Dan Smith

This was the first time I ever encountered a German in a book who was not automatically a monster. It opens with a horrific plane crash and when two evacuees discover the sole survivor – a German boy who is not much older than them and clearly frightened out of his life – the question becomes whether it’s ever right to help the enemy.

Ana at War
by Helen Peters

The opening is harrowing: as Anna is bundled on to the Kindertransport train by her parents, a baby is dumped in her lap by another desperate mother just as the train pulls away. I’d never found a children’s book which looked at the Kindertransport before and this book reminds us that even the British ‘goodies’ can have a few ‘baddies’ amongst them but that acceptance can come from the most unlikely quarters.

Now or Never
by Bali Rai

A devastating and unflinching account of the Indian contribution to WW2 and the at times less-than-honourable reaction of the English to the recruits. Absolutely worth including for this alone, let alone than that we still need reminders that it was a world war and that a great many countries fought primarily because of their links to England.

Girl with a White Dog
by Anne Booth

What do you do when your beloved relative suddenly has links to the Nazis? And what does that say about you? Jessie suddenly finds people reassessing her because of her German grandmother, including her best friend who happens to have a disability and is horrified to find out how disabled people were treated in Nazi Germany. This is an unflinching look at how ancestral guilt works and a reminder that the victims of Nazism came from a wide range of backgrounds. Anne Booth’s clever juxtaposition of the grandmother’s unveiling past and the xenophobia Jessie sees in her modern day town ensures this book will spark a lot of conversation.